I’m delighted to share the gorgeous cover for Moonshadow, the new upcoming story in my Elder Races series. I contracted with the talented artist Gene Mollica for the next three Elder Races covers, and I think they are the strongest in the series—full of vibrant color, dynamic backgrounds that spark the imagination, and sexy heroes. We were lucky to nab talented model Paul Marron for Moonshadow as well, which brings even more awesomeness to this particular piece of art!

Moonshadow, book ten in the Elder Races series, kicks off an all new three-story arc that concentrates mainly on new characters in the U.K. but also pulls in familiar characters from earlier stories.

It’s exciting to focus on a strong, new story line, which I’ve been building to for a while. Hints and foresahdowing of the upcoming trilogy can be seen in Shadow’s End (book nine), and also in the novella Pia Does Hollywood and even back as far as the events that take place in Pia Saves the Day. The reader will get to fall in love with new characters while learning more about characters they’ve already come to know. 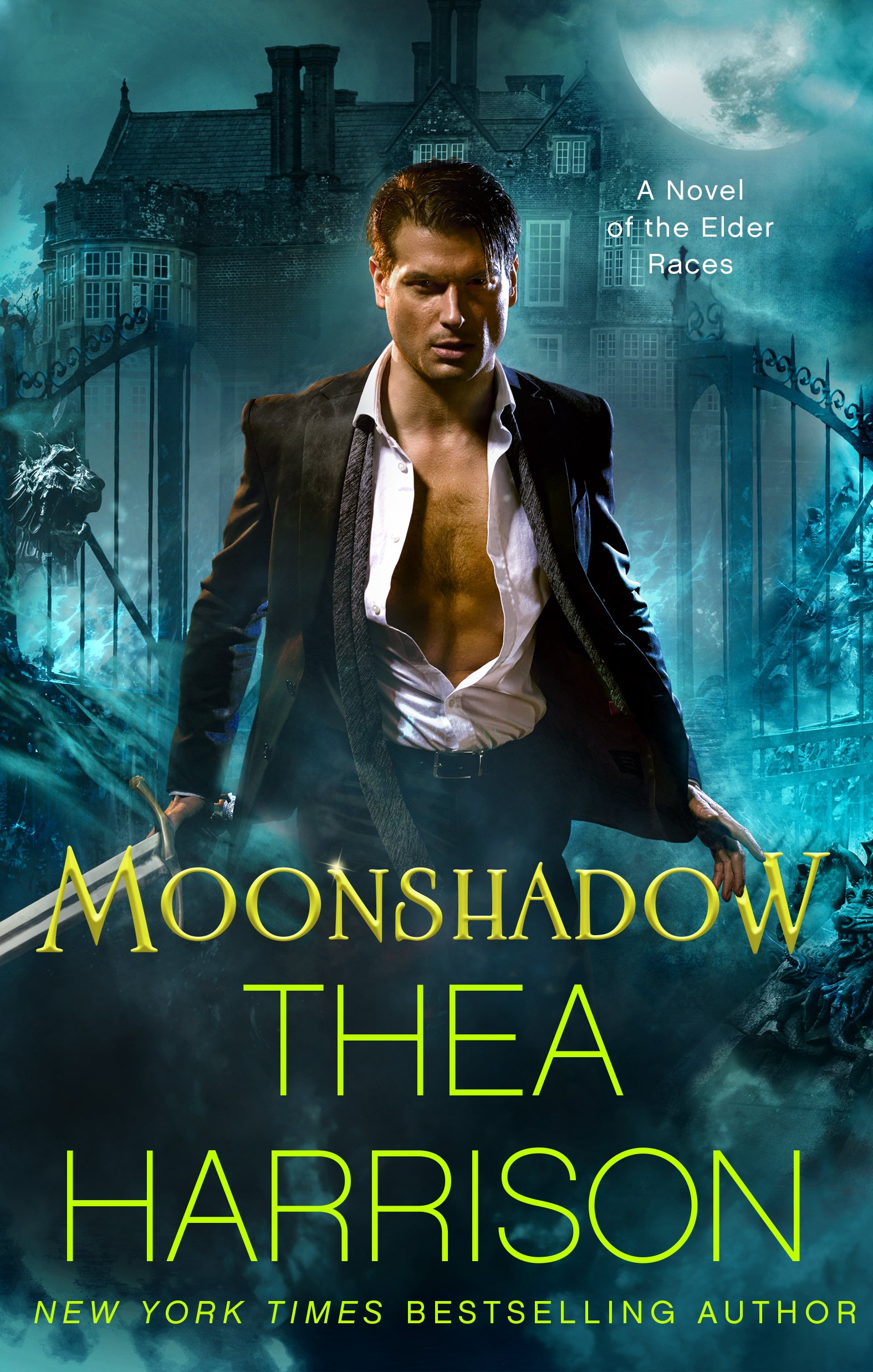 Along with the cover reveal for Moonshadow, here’s the story blurb:

From bestselling author Thea Harrison comes the first in an explosive new trilogy in the Elder Races series.

Her past is a blank, her future uncertain….

Recovering from a shooting, LAPD witch consultant Sophie Ross leaves her job and travels to the U.K. to search for answers about her childhood. When she encounters a Daoine Sidhe knight of the Dark Court, she becomes entangled in an ancient hatred between two arcane forces.

He has given his body and soul to fight for his people….

Barred from his homeland along with his surviving brother knights, Nikolas Sevigny is embroiled in a conflict that threatens everything he holds dear. Only by uniting his people’s resources can they hope to prevail against Isabeau, the deadly Queen of the Light Court. He will do anything and use anyone to return home to Lyonesse.

When Nikolas encounters Sophie, he sees a tool to be used. The insouciant witch might be the key to unlocking every passageway that has been barred to the knights of the Dark Court, even as a fascination for her takes root in what’s left of his soul.

Sophie has no intention of becoming anyone’s pawn, yet the fierce Nikolas is so compelling, she can’t deny the temptation that endangers her guarded heart.

As magic threatens Lyonesse, Queen Isabeau unleashes her merciless Hounds, and Nikolas and Sophie become embroiled in a race for survival. Meanwhile, the passion that ignites between them burns too hot to be denied and quickly turns into obsession.

Thank goodness they both know better than to fall in love…

Pre-Orders are available now for Kindle, Kindle UK, Nook, and Kobo.  iBooks and Print versions will be appearing closer to the release date of December 13.