From Thea:  I’m delighted to have author Julie Rowe visit this week.  Julie and I have connected through the miracle of social media.  Julie’s friendly and fun, and I’m looking forward to meeting her in person at RWA this year in Anaheim.  After you read her bio and blog post, I’m sure you’ll agree, she has a bright future ahead of her!

Bio:   Julie Rowe’s first career as a medical lab technologist in Canada took her to the North West Territories and northern Alberta, where she still resides.  She loves to include medical details in her romance novels, but admits she’ll never be able to write about all her medical experiences because, “No one would believe them!” A double Golden Heart finalist 2006, Julie has two books out with Carina Press: ICEBOUND and NORTH OF HEARTBREAK. Her writing has also appeared in several magazines such as Today’s Parent, Reader’s Digest (Canada), and Canadian Living. She currently facilitates communication workshops for her local city college. You can reach her at www.julieroweauthor.com or on Twitter @julieroweauthor .

One tip most writers hear is: write what you know. But, that’s easier said than done.

I worked as a medical lab technologist for 7 years in northern Alberta and the North West Territories of Canada and boy could I tell you some crazy stories, but I won’t because sometimes truth really is stranger than fiction. For example, the first time I observed an autopsy it was conducted by a British pathologist who wore an eye-patch, so it felt like Captain Jack Sparrow was holding the scalpel and. well, you get the idea.

In the past, I’ve had manuscripts rejected because the events were too unbelievable. The argument: But it really happened that way – is irrelevant.

Real people do things for no reason or stupid reasons all the time.

Characters in books, however, are held to a higher standard. Decisions must make sense, and few readers will tolerate too-stupid-to-live-syndrome from any character. And yet, I still find myself wanting to find a way to use some of my experiences to create intriguing and entertaining stories. It’s why I almost always include medical details in my books. I fictionalize everything, but there’s always a grain, or a bushel, of truth to it.

My latest release, NORTH OF HEARTBREAK, is set in a remote town in Alaska with a nurse practitioner heroine and pilot hero. 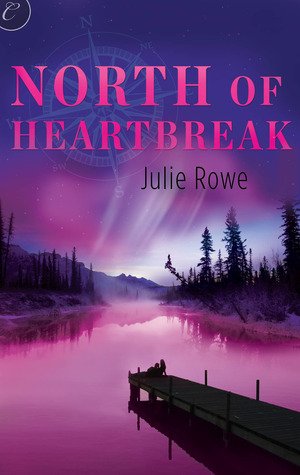 NORTH OF HEARTBREAK – Since her divorce, Willa Hayes has thrown herself into her work as a nurse practitioner in the remote town of Stony Creek, Alaska.

She’s regained her self-confidence and her heart is almost healed. Then her newfound peace is shaken by the arrival of sexy flyboy Liam Reynolds. Willa can’t deny she’s instantly, intensely attracted to him-even if she’s convinced he’s yet another Mr. Wrong.

Liam has his own reasons for fleeing to the isolation of the north, and a relationship is the last thing he wants. He wasn’t counting on being drawn to the pretty nurse who accompanies patients on his flights to southern hospitals.

Fortunately, the temptation-and the desire to avoid anything serious-is mutual. So the pair comes up with an arrangement: sensual, steamy, no-strings fun. But when things heat up on a cold Alaskan night, the rules of the game may change forever…

The town, the people and the medical situations are all fictional, yet they are all also inspired by real places, people and events. It can be tough to find and show the correct vein of truth in a truly outlandish true event.

I play the what-if game a lot.

My next release SAVING THE RIFLEMAN the first book in my WAR GIRLS series set during WW1 is also inspired by true events and people. World War One was a fascinating period in our history as the roles of women in war and society changed a great deal. And no where did that change occur more than for nurses. At the beginning of the war, female nurses were frowned upon by all and outright banned by several countries. But by the end of the war, female nurses were serving in great numbers almost everywhere. Amazing stories of service, generosity and sacrifice came from many of these women.

My personal favourite inspirational nurse from the First World War was Red Cross nurse Edith Cavell. Edith was the matron of a teaching hospital in Brussels, Belgium when the war broke out. She became involved in the Belgian underground and, depending on which account you read, helped anywhere from

40 to 200 British and allied soldiers escape to the neutral Netherlands. The Germans caught her at it, tried her for treason and executed her by firing squad on October 12, 1915.

I’ve always thought that Edith got short changed. She saved so many, so what if someone saved her? This question lead to more what-ifs. What if there were several British nurses working with her? What if these nurses played a larger role in the war than anyone knew?

This is how the WAR GIRLS series was born. The details of each story required hours of research and continuously asking what-if again and again.

Do you play the what-if game?

Answer Julie’s question for a chance to win a copy of NORTH OF HEARTBREAK.  The giveaway ends on Friday June 1st, 12 noon MDT.