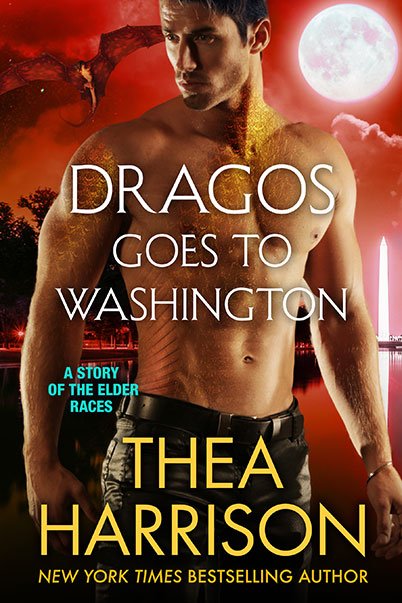 Dragos Cuelebre, Lord of the Wyr, needs to throw a party without maiming anyone.

That isn’t exactly as easy as it might sound.

After the destructive events of the last eighteen months, the Elder Races are heading to Washington D.C. to foster peace with humankind.  Not known for his diplomacy skills, Dragos must rely on his mate Pia to help navigate a battlefield of words and polite smiles rather than claws.  With Dragos’s mating instinct riding close to the surface, his temper is more volatile than ever and the threat of violence hovers in the air.

Then the human spouse of a prominent politician winds up murdered and Dragos and Pia must race against time to hunt down those behind it before they are held responsible for the crime.

For fans of DRAGON BOUND and LORD’S FALL, the latest novella in the Elder Races holds passion, peril, political intrigue, and revelations that will change Dragos and Pia’s lives forever.