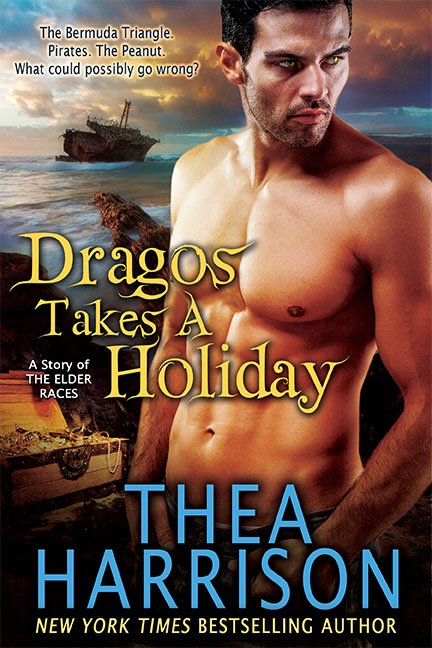 The Bermuda Triangle. Pirates. The Peanut. What could possibly go wrong?

Dragos Cuelebre needs a vacation. So does Pia, his mate. When the First Family of the Wyr head to Bermuda for some much needed R&R, it’s no ordinary undertaking – and no ordinary weekend in the sun. Between hunting for ancient treasure buried beneath the waves and keeping track of their son, Liam—a.k.a. Peanut, whose Wyr abilities are manifesting far ahead of schedule—it’s a miracle that Pia and Dragos can get any time together.

They’re determined to make the most of each moment, no matter who tries to get in their way.

And did we mention pirates?

For fans of DRAGON BOUND and LORD’S FALL, passion, playfulness, and adventure abound in this Elder Races novella.