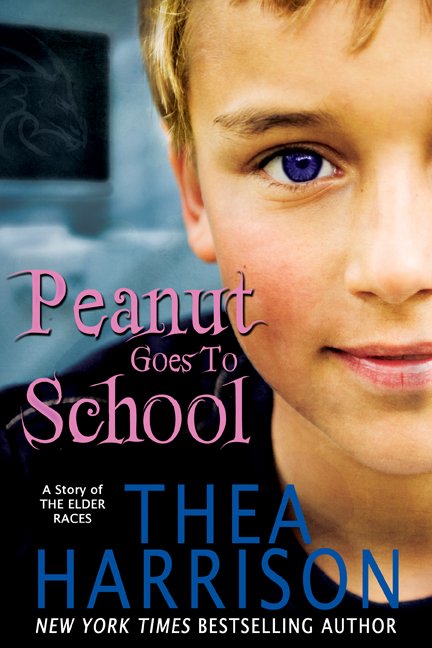 This is a short story (15,100 words or 55 pages) intended for readers of the Elder Races who enjoy Liam Cuelebre, aka Peanut, as a character.

Dragos Cuelebre is no longer the only dragon.

Dragos’s son Liam Cuelebre (a.k.a. Peanut) is springing into existence, reminiscent of the first of the Elder Races who were born at the beginning of the world. At just six months of age, he has already grown to the size of a large five-year-old boy. He can read, write in complete sentences, and his math skills are off the chart.

A white dragon in his Wyr form, Liam also holds more Power than almost anyone else. In an effort to give him a taste of normality, no matter how fleeting, his parents Pia and Dragos enroll him in first grade.

They hope school will help teach Liam how to relate to others, a vital skill that will help him control his growing Power. But school has a surprising number of pitfalls, and relating to others can be a tricky business.

When a classmate is threatened, Liam must quickly learn self-control, how to rein in his instincts, and govern his temper, because there’s no doubt about it—he is fast becoming one of the most dangerous creatures in all of the Elder Races.