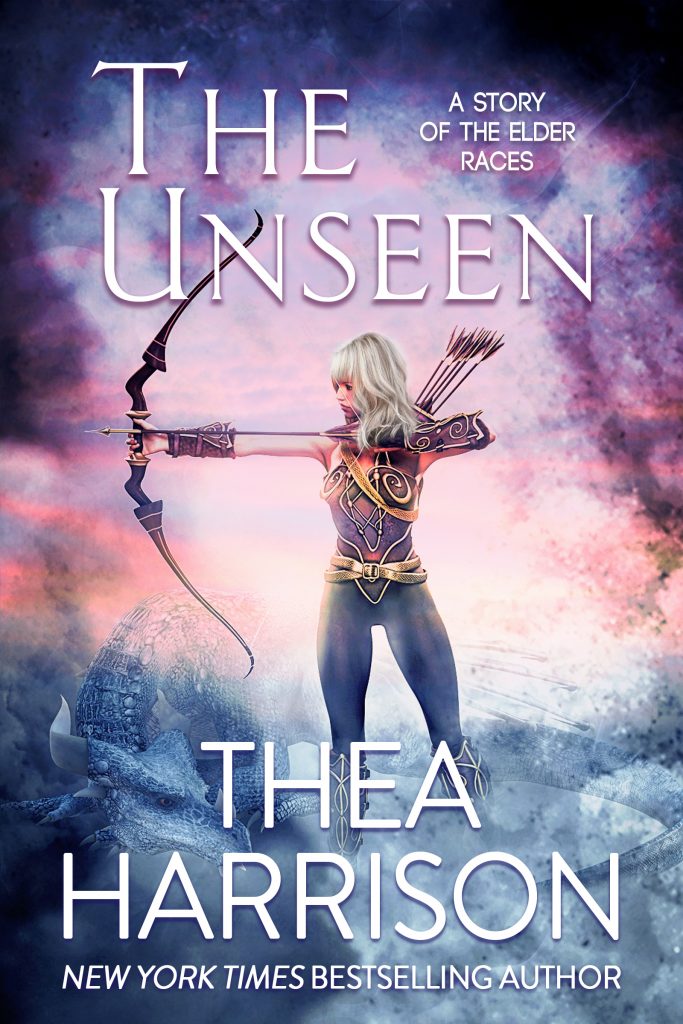 From NYT bestselling author Thea Harrison comes the first of two explosive new stories set in the Elder Races world…. Dragos and Pia are back by popular vote!

***THIS STORY ENDS IN A CLIFFHANGER***

Saying goodbye to their old life in the Wyr demesne in New York may be hard, but Dragos and Pia are determined to create a new life in the Other land of Rhyacia.

At first, everything seems idyllic. Rhyacia is paradisiacal. Accompanied by old friends and new allies, the future looks safe and bright for Dragos, Pia, and baby Niall.

But strange things are happening beneath the picturesque façade. Items move unaccompanied, buildings collapse without justifiable cause, and even the most Powerful residents of Rhyacia can provide no logical explanation for the events transpiring. Whispered rumors point to something called the unseen.

As Dragos and Pia investigate, they uncover a greater mystery than they could have imagined, and they realize the startling truth…

They’re not alone in Rhyacia. The land Dragos had thought was uninhabited hides many secrets, a shocking history that’s not quite ready to be buried, and something more.

Something ancient, evil, and hungry. Something that wants to consume Dragos and take everything he holds dear.

Something that just may be powerful enough to overcome the dragon…

***This is book 1 in a series of 2 connected novellas.

The first book in this set will end in a cliffhanger.***