I’m a student, actually, and am working on graduating from high school.  My eventual goal is to go to a good college for English and/or Creative Writing.  I plan on working towards becoming a fiction editor in publishing – preferably for young-adult novels or romance novels.  Other than reading voraciously, I participate in my school’s theater department, its marching band and concert band (mallet percussion – vibraphone and marimba specifically), and try to find time to play the occasional video game or watch a movie on television when I have downtime.  (That never happens anymore). 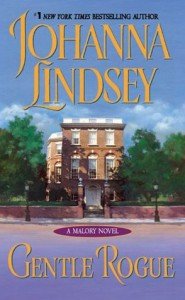 My first romance?  Hm.  My first romance novel that I recall reading was Gentle Rogue by Johanna Lindsey.  One of my best friends lent it to me in middle school – 7th grade – and told me that I had to read it because I would love it.  So, I read it, giggled at the cover, and fell in love.  So much love.  The book and the author are still considered amongst my favorites, and it gave me a great appreciation for historical romances.  Soon after I read a copy of Diana Palmer’s Rogue Stallion, which was a category romance with cowboys.  I snuck that one out of my mother’s closet when she still actively read romantic suspense novels (and ones with cowboys – she still appreciates a good cowboy). 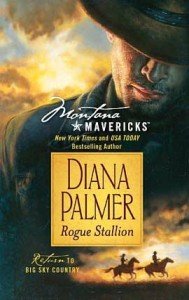 Why does reading romance “click” for you?  Conversely, do you find room for improvement in the genre in general (or any sub genre in specific)?

I am a romantic, plain and simple.  I’ve watched Disney movies since I was younger and fawned over the happy endings.   A beautiful princesses getting the amazing guy she truly deserves.  I swear, my VHS tapes of Sleeping Beauty, Snow White, Cinderella, Beauty and the Beast, and Anastasia were most likely played to the point of destruction.  (I know Anastasia isn’t technically a Disney princess, but she was pretty darn awesome).  As I evolved as a person (and grew up), I retained my love for these films, but also a love for the romanticism that they represent.  Yes, it didn’t escape my attention that a lot of the older ones were especially traditional and had heroines that could be perceived as vapid and dull, but I loved that the ultimate message (to my childhood brain) was always, “Love can be beautiful and result in knowing someone that you want to spend the rest of your life with”.  Among other things.

These movies morphed into something else entirely as I grew up into that awkward 13-and-Up stage where you start to actually know yourself.  I discovered I was gay and had to go through a host of personal issues on top of that.  Those movies became a comforting memory to me and reminded me that love was still possible.  That’s why I read romance now.  I read romance because the heroines are increasingly stronger, braver, smarter, and ultimately worthy of finding their true love.  The heroes are often flawed but loving, and at the end of the day they treat the heroine the way she has deserved to be treated all of her life.  This may not be accurate for every romance, but that’s how I perceive them as a reader.  Their core, if you will, as a genre.  I can imagine myself being that heroine and eventually going from where I am now – which isn’t a very open and accepting place – to going beyond the wickedness into a place of love with my hero.

As for complaints, I just wish that people would write the heroes and heroines with more equality and reality strewn in with the fantasy.  There is room in this world for majorly flawed members of both parties – be it physical “flaws” like weight differences or psychological/personality flaws.  There is also room for the realization that women can be smart, that women can be dominate, and that women can be just as flexible and unique in what they need in a relationship as a man.  That means a bigger awareness of feminine sexuality and need.   It often feels like that the heroes of romance novels are allowed to be fully aware of their sexual desires, but the heroines aren’t.  This parallels similar views in our current society, and I’d like to see that switched up because it’s healthy for women to be just as aware of that need as men are.

Off the top of my head, I would say that 20-25% of my reading is romance novels.  That may be high.  However, almost all of the young-adult novels I read have a heavy romantic arc in them.  I’d say that they are close to romance novels enough that I’m never really NOT reading something romantic.

–  The heroine (or hero, if it is an m/m romance) is a prostitute

–  The book is a historical and takes place in an exotic/unusual setting (Ie: the islands, somewhere in Asia.  Even a setting like France, which I would love to see a lot more of in historical romances).

–  The sequel-bait characters, if they exist, are not painfully obvious, and the novel does not revolve around anyone having an extremely large family of eligible singles that is unusually close.

Sure.  What do you think of guys reading your work?  Have you gotten any response from male readers about it?

ME:  I have received some emails from men who are enjoying the Elder Races series, and I love hearing from then.  Those letters actually started my thinking about this very quiet demographic of readership, which led to my asking questions and posting this series on my blog.

Nothing at this time, but I never stop talking, so I will inevitably have something else to talk about in the comments or somewhere else.

Wait.  I thought of something.

Thank you so much for giving me this opportunity.  The romance community is like a second home to me.  So many of the readers inspire me to be a better person.  They challenge me to think critically and I constantly garner new insights from them.  It’s truly helped me grow as a person, a reader, and a student.  I couldn’t be happier knowing that.

Thank YOU, for taking the time to write such a thoughtful post, and for sharing it with us!