I am retired military and am now considered to be disabled (Meniere’s Disease- I have no more equilibrium and ride the tilt-a-whirl about half the time). We live in PANAMA in the jungle, our closest neighbors are Kuna indians about 3 miles away (and yes they live in grass huts, I could write a whole book on them alone). For fun we take our animals, that does include our human kids, to the beach which is about a 35 minute walk on a path thru the jungle. Asia, a 4 year old jaguar (we count her as one of our human children) usually leads the way. Nat’l Geographic was out here last year to do a story about her and walked away scratching their heads saying that a jaguar should not be able to integrate into a human family like Asia has (another book in that one too). 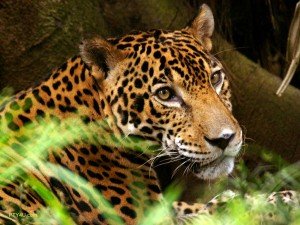 I’m attempting to raise 2 teenage daughters by myself and happened upon a book one of them was reading while it was lying on her bed. Being bored stiff (and curious as hell) I picked it up and started reading the first page. An hour later I got busted by my youngest and had to do some serious spin control. It was a Nalini Singh book, one of the psy-changling series. Needless to say Amazon and I got real close. I also figured I’d better know what I was getting into when they were about to start dating (Scaring potential dates became my number 1 hobby, still is when I can). From there I found that I liked the general idea probably because I’ve never felt that way about a woman and chances are I never will, another long story there. 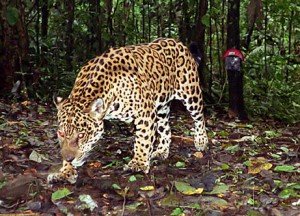 Why does reading romance “click” for you? Conversely, do you find room for improvement in the genre in general (or any sub genre in specific)?

See number 2, also it helps me to understand the wicked wenches of the west, my daughters, a little better in that this is what they’ve been reading for awhile now. Another reason is that after 21 years in the Army in some real nasty places………….well……I’ve seen all that stuff I want to and this genre seems to help balance out those memories. Is there room for improvement, always in everything, and I believe that. If there wasn’t then why write at all? 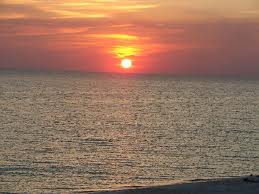 Photo of Panama City Beach. I could get used to sunsets like this!

Not ducking the question here but that’s a non-starter because in the literature world there is no unknown storyline and history always repeats itself, yada, yada………… However, having said that, I would wish that romance writers not stop at the climax of the story so much. It’s the interaction of the main characters while NOT under stress afterwards that gives a better “reflective” ending. Example: Rune and Carling’s interactions for the next few days after the dog arrived. Mainly because I really like those characters and their day to day lives I think would prove to be interesting. 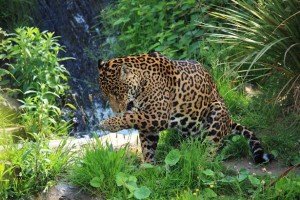 Is the real you ever in a story or do you ever completely pattern a character after yourself such that to know it would be to know you?

ME: I would have to say that every character I write has to have a sliver of me in them, but I have never completely patterned a character after myself.  I’m not sure that I would make very interesting fictional reading!

Yeah Buddy! When the hell is the next book gonna get here? Christ I’m having withdrawals !!

Oracle’s Moon will have been released by the time this posts—and next up will be the e-novella Natural Evil, published by Samhain on March 20th!  Thanks so much again for the visit, John. I thoroughly enjoyed it!