My life was so crazy for a while with buying a house and my move, I missed the chance to do a cover reveal of FALLING LIGHT  before the publisher got it up on Amazon.  But for those who might not have seen it on Amazon or Goodreads, here it is, along with the cover blurb! 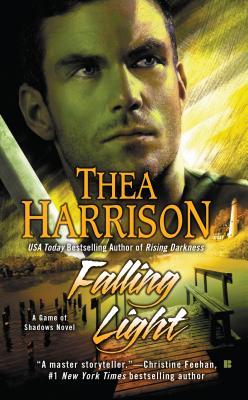 Centuries ago two lovers were torn apart by forces beyond their control. Now they have been reunited by destiny and willing to sacrifice everything again—and again—to save a world on the brink of extinction. The Game of Shadows continues…

Troubled by dreams of creatures, and unfamiliar voices echoing in her head, Mary has always felt a disconnect in this world—until she met the enigmatic stranger, Michael. He knew about Mary’s past. He was in it. Searching for her. His soul mate. And it’s taken centuries to find her, to re-engage her in an ancient, celestial cause: find the Deceiver before he destroys the world.

Haunted by scores of deaths—their own—Mary and Michael have drawn on the wisdom of the ages, and the power it has given them to fight the most malevolent force known to man. Joining a select band of warriors, Mary and Michael are nearer to understanding the Deceiver and all he stands for. It’s a terrifying reality that also brings them closer to realizing their own destiny and purpose. And that love—like evil—is eternal.

I love how RISING DARKNESS focuses on the heroine Mary, and FALLING LIGHT has  the hero Michael.  I think the two books will look great together on a bookshelf.  Here’s RISING DARKNESS  again, so you can see the covers together. 🙂 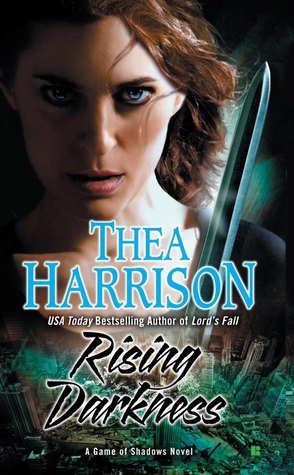