From Thea: I’m so pleased that author Carrie Ann Ryan has come to visit my blog today. We met in the magical land of social media and she’s such a fun and talented person to twitter around with. Be sure to check out her contest for the giveaway of her book. Take it away Carrie! 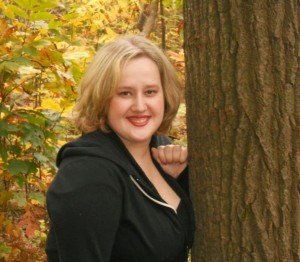 Oh, this is one of my favorite topics. I love the Cooper brothers. Five sexy, competent men who each have a story to be told. Each of them has a career, an attitude, a personality, and something sexy about them. You’ll meet each of them in their own books in the Holiday, Montana series. Plus, they’re in each book to make sure you don’t forget them.

I love starting a new series and finding a new family to love—particularly when that family includes five hunky, independent, swoon-worthy men. Uh huh, I’m talking about the Cooper brothers. You’ll meet each of these boys—no, men—in my Holiday, Montana series.

But what I really want to do here is let y’all know about the Cooper brothers. These handsome men are as tight a crew as any brethren and only have themselves to depend on. I thought I’d introduce you to them now and you can meet them more in their own books in the Holiday, Montana series.

Matt Cooper is the hero of Charmed Spirits and is the youngest of them all at thirty. He owns the hardware store in town and as a teenager was in love with Jordan Cross—the town witch and outcast. He’s loved her all this time, yet he thought he’d long lost that. He’s a laid back guy, always there for those who need him. Some may even call him a Beta, but only where it counts. Because believe me, and Jordan, he’s Alpha when it’s needed. He also has a secret or two, but I’m not telling.

Justin Cooper is school principal and ex-bad boy of the Cooper clan and the hero of my current release, Santa’s Executive. He’s always been the one that did what he wanted, when he wanted. But after an accident as a teen, he changed gears a bit and now cares more about others than himself. He may just need to meet someone else to help him realize that he’s more than just the ex-bad boy and has something more to give than just his time.

Tyler Cooper is the town sheriff and ladies’ man as well as the hero of my upcoming Finding Abigail. He may be the love ‘em and leave ‘em type, but he’s up front about it. He’s not callous in his attentions, but the ladies that may fall for him knew the score to begin with. Though there may be a woman in town that could change all that, he’s sworn to protect the town rather than his heart.

Brayden Cooper is the town mechanic and the quiet one of the family as well as the hero of the upcoming Her Lucky Love. Though he’ll laugh and joke with his brothers, no one really knows quite who he is. He is, however, the man who will always be there for anyone. Especially a certain single-mother who is in desperate need of help.

Jackson Cooper is the town dentist and has the worst temper of the bunch and will get his story in Dreams of Ivory. No one really knows why he’s so angry, but there has to be a reason. Plus, even though the evidence is mounting in the town that magic exists, it still seems like nonsense to him. Magic can’t exist in his opinion, because if it did….things would have been different.

Well, those are my Cooper men. What do y’all think? I hope you guys get a chance to meet these men in their own books. Each book will be coming out for each holiday from now until July. So not only will the magic happen, you’ll get to meet the Coopers quickly. I hope you get a chance to read my latest release, HER LUCKY LOVE! Thank you so much!!

Carrie Ann Ryan is a bestselling paranormal and contemporary romance author. After spending too much time behind a lab bench, she decided to dive into the romance world and find her werewolf mate – even if it’s just in her books. Happy endings are always near – even if you have to get over the challenges of falling in love first.

Carrie Ann’s Redwood Pack series is an bestselling series that has made the shifter world even more real to her and has allowed the Dante’s Circle and Holiday, Montana series to be born. She’s also an avid reader and lover of romance and fiction novels. She loves meeting new authors and new worlds. Any recommendations you have are appreciated. Carrie Ann lives in New England with her husband and two kittens.

Carrie Ann is giving away a special swag pack to a lucky commenter. All of the Cooper brothers romances take place around a holiday.

What’s your favorite holiday to fall in love on?

Brayden Cooper has always been lucky. It’s in his blood and in the coin that he has hanging on a leather tie around his neck. He has everything in the world he could ever want, money: a job, brothers he loves, and the luck that comes with his powers. Yet he’s empty. Everyone but him knows  he loves Allison, yet it’s going to take something stronger than luck to bring them together.

Allison Malone is exhausted. After the death of her abusive husband, her hell of a marriage is finally over and now she’s alone with her three children that are the center of her world. Long hours at work, plus mommy duty at home are taking its toll on her and that’s not the worst of it. Her late husband’s family is in town and they want her children.

The outsiders have secrets of their own and it’s going to take all of the Coopers, especially Brayden’s, help to save them. When trouble attacks, Allison will have to remember that she’s also a woman who needs love, and Brayden might be the one to give that to her.

Warning: Contains one sexy mechanic with a lucky streak, a waitress who needs to give into her temptations, and a love so fierce it’s bound to set the sheets on fire. Again. 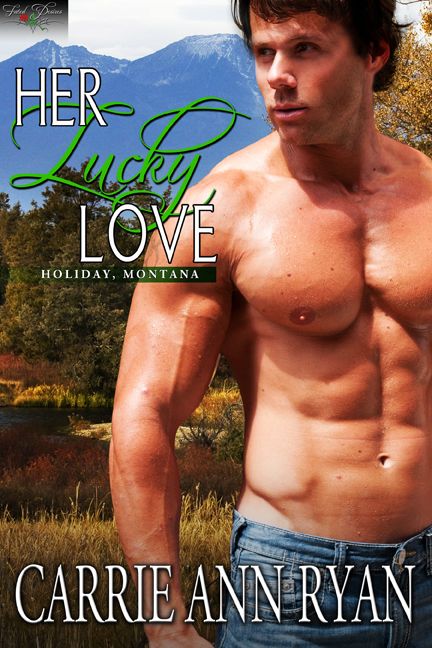 Brayden Cooper got out of his truck and stretched, his back aching like a man older than his years. Though, in reality, he wasn’t as young as he used to be.

He’d dropped off Ally and her kids at their apartment then took the car to the shop. When he’d left the Malones’, the kids had protested. Lacy, though cute as a freaking button, had pouted, her eyes filling with tears.

He hated leaving them, but he had a job to do. And, frankly, he couldn’t stand watching Allison move away from him every time he got a bit closer. It pained him like a swift blade piercing his heart every time her smile gave him an inch or hint of invitation just before she stepped back as soon as she’d realized what she’d done.

From Thea: Thanks, Carrie. Readers, don’t forget to enter the contest by leaving a comment for Carrie. We’ll draw the winner on April 12th at 12 noon MDT (2pm EDT) and announce them on the blog. The winner must contact us at info@theaharrison.com by 5pm MDT (7pm EDT) Monday, April 18th  to claim their prize.