As promised, here is the second excerpt from The Wicked.  In this scene, the reader meets life from the hero Sebastian’s point of view.

Sebastian knew exactly when things had gotten interesting, and it hadn’t been when he had accepted the contract for the job that Carling had offered and decided to head the team himself.

In fact, Bailey, his vice president and the second in command of his security company, had questioned that very decision at their home office in Jamaica.

“You’re not cleared for work,” she said, leaning her tall frame against the doorway of his office. Her sleek, Light Fae build was corded with muscle, and she kept her curling blonde hair cut short in a careless, charming tousle. “In fact, you’re getting worse, not better. Why did you take this job?”

“There’s no major, life-altering reason,” he said without turning away from his desk. The morning had already turned sultry, and a ceiling fan pushed the hot air around the room. He had already discarded his shirt and wore cutoff jeans. He had promised himself a long, cool swim as soon as he had finished some necessary paperwork. “Carling is an old friend, and we bartered an exchange of services, that’s all. And there’s no point in me remaining holed up in this office, sitting on my ass while I wait for our research teams to bring me news of something that may or may not be of use to me. This way I can spend a few weeks keeping busy, while the time slippage will give them a few months to try to find answers.”

Not that there was any real hope that any of their research teams would bring back something that could help him. He had not yet told Bailey what Carling had told him, gently, when he had consulted with her. He hadn’t told anybody yet.

Bailey studied his expression. She didn’t appear to like what she saw. “You sound so bored.”

That had no doubt played a major factor in his getting injured during the last job, if “injured” was even the right word for what had happened to him. What was continuing to happen to him. He had made a huge mistake by underestimating the danger of the situation they had been in. He had been bored, and he hadn’t been paying enough attention. He knew it, and Bailey knew it. Neither one of them said it aloud.

Instead, she said in a light tone of voice, “C’mon, it’s an ancient, magical library on a deserted island that houses a mysterious sentient species. Aren’t you the slightest bit interested in that?”

“Three months ago, I was protecting an archaeological party from a tribal chieftain who was in possession of a shrunken head that uttered curses against one’s enemies.” He shifted his sunglasses to rub his aching eyes. Another headache began to pulse in his frontal lobe. It would soon force him away from his desk, but he refused to give in to it just yet. “Five months before that, I was locating stolen gold treasure and transporting it back to the Thailand government, its rightful owner. Last year I was escorting a runaway Dark Fae heir back to his family in the Unseelie Court in Ireland.”

When he had been a younger man, he could barely stay in one geographical location long enough to do the necessary paperwork to start a business. Now that he was no longer young, he was not interested in yet another astonishing adventure. He needed the good, solid nutrition of…something, but he didn’t know what that something was.

“Then let me take care of the job with the magical library,” Bailey said. “Carling didn’t say that you had to be the one to do it personally, did she?”

He didn’t reply, because actually Carling hadn’t. She had just asked that his security company take on the contract.

Bailey read the answer in his silence. “Why don’t you stay home? Better yet, take a vacation. Get laid, for God’s sake. In fact, get laid a lot, and get drunk too. A lot. It would improve your disposition exponentially.”

“Fuck off,” he said.
“You fuck off.”
He slammed both hands on his desk. “I’m not having a discussion with you about this. I’ve taken the job. I’m going. Deal with it and shut up.”

He might not be interested in astonishing adventure, but he still had to keep moving, had to keep working. He couldn’t give in to what was happening to him. If he gave in to it, it might kill him. Hell, it would probably kill him anyway.

On his last job, the tribal chieftain had died during the course of the struggle to gain control of the shrunken head, but not before he had used the head to utter one last curse against Sebastian.

According to Carling, the magic that had been unleashed had been precise and specific. The only way to free Sebastian from what was happening to him was if the chieftain who had cast the original spell used the shrunken head to lift the curse.

And that was impossible, because the bastard was dead. He glared at the shrunken head on his desk, currently being used as a paperweight, which was just about all it was good for, since neither he nor any of his company would ever use it to throw a curse.

He couldn’t get rid of it. He needed it in case they found a way to break the curse without the chieftain’s help. But as soon as he could, he was going to have it destroyed so nobody could use it again, and the poor, long dead bastard it belonged to would get some kind of final burial at last.

Bailey declared, “Well, if you’re going on this job, I am too.”

She knew as well as he did that they would make a lot more money if they each headed a crew and took separate assignments. Bailey was the very definition of mercenary, so if she volunteered to make less money and come along on the same job with him, it meant she was concerned. She wanted to watch his back, and that irritated him to no end.

“Keep it that way, asshole,” she told him.

It was their little way of expressing affection for each other. He and Bailey had worked together for a very long time.

And the job remained just as he thought it would, mind numbingly routine.
Right up to the moment a human witch—a librarian—appeared in a whirlwind of Power and called a Djinn a dimwit. 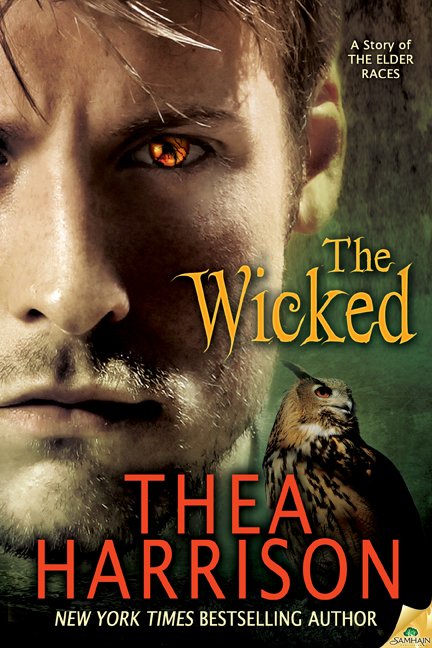