From Thea:  today’s treat is brought to you by the extremely talented, and very kind author Shiloh Walker!  Shiloh, thank you so much for stopping by to visit!

Shiloh’s giveaway will run until 12 noon, MDT, Friday April 6th.  Details follow at the end of the post: 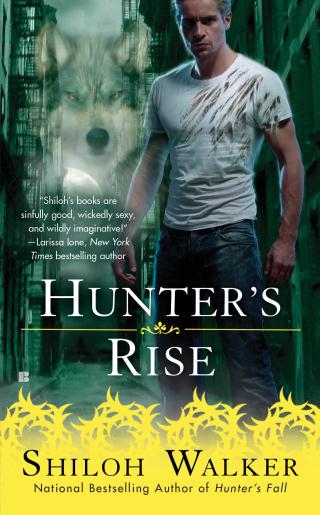 The Appeal of the Asshole Hero

So here’s the deal.  I like to write screwed-up characters.  They are fun.  And they are fun to fix.

That’s part of the journey for me.  If they don’t have that many flaws, or if they are just searching for love, there’s not always enough of a story.

That doesn’t mean I haven’t done a few of those.  I have.  They’ve been fun and I liked the stories and I wrote them because the story came to me.

Usually, though, the stories that come to me have at least one character who is screwed-up six ways to Sunday.

Toronto was screwed-up.  He’s a werewolf who was found near death in an alley more than a century ago.  His skull was pretty much shattered and his memories are gone–he healed but he has no idea who he was and he’s spent quite a bit of his life trying to find those answers.  And he isn’t exactly nice with it.

Getting him to accept who he is?  That was a bit of a bumpy ride, but that’s the fun of it.  If he wasn’t so flawed, he wouldn’t be as much fun.  When they’re messed up, you get to fix them, right?

He’s not a lost cause, though.  He’s got a sense of honor.  He’s a wicked smartass and that just appeals to me.  He’s smart.  And although it takes him some time to work around to it, he’s able to admit it when he screws up. (Which is often).

Personally, I love a flawed, screwed-up hero.  They are some of the funnest to read…and write.  This guy was really fun to write.  Not only is he trying to come to grips with who he is, finally, I throw him into the mess of his life.

He’s got to stop a bounty hunter from killing somebody who really does need to die.  Not the job he’d ever want to have–if he had his way, he’d be killing the bastard himself and then having a barbecue with the remains.  But there are reasons…and complications galore.  Because this bounty hunter, Sylvia, is a woman who gets to him like nobody ever has.

So that’s the appeal of the asshole hero.  The flawed ones.  The broken ones.

Toronto is the hero of my current release, Hunter’s Rise.  A small snippet.

Staring at her made the blood in his body hum. Hurt. A faint smile curved the lush pink of her mouth, left him wondering what she was thinking. Then somebody came tumbling out of the bar next to her, spilling bright lights of blue and red onto the sidewalk, and Toronto had a better idea.

As the rainbow of lights flickered off the blade she’d concealed in her left hand, he studied the crush of people around them. It wasn’t as crowded here as it was just a few streets over on Beale, but it was still crowded enough.

Not the ideal place for a fight. He’d done it before and managed to avoid human casualties, but he suspected that Sylvia James was a different breed from what he was used to. Ferals fought to live, so they could kill—by nature, most of them weren’t always clearheaded. Sylvia, like him, was a trained killer. She would be clearheaded. It would make a difference.

He hunted the ferals.

She hunted for money.

In the end, he’d win, because he was stronger.

But he didn’t want to have to fight her. He wanted to have sex with her—down and dirty sex, maybe up against a wall, in the light so he could watch her. Then on a bed, her body under his, or over . . . his hands tangled in that dark, silken hair.

“You know, most men would at least bother to introduce themselves before the guy starts picturing the woman naked,” she drawled, coming to a stop eighteen inches away.

Toronto smirked. “That’s bullshit. We see a woman, we frequently picture them naked. We mess with the names when we want to actually think about getting them in bed. Some of us, at least.” He skimmed a look over her body, taking in the sleek muscles, the powerhouse curves. Then he focused on her face again, smiled slowly. “So. What’s your name?”

Sadly, this will be the final book in the Hunters series, but it works wonderfully as a standalone…most of them do.  You can check out more about the series at my website.

Who are some of your favorite flawed heroes? TV/Movie wise, off the top of my head, I can think of Doc Holliday, Angel & Spike from Buffy.  Book-wise, Korvel from Lynn Viehl’s Nightborn, Duncan from her Stardoc series (SL Viehl).  And I do love Khalil…(hey, cool dude!)

Give me some of your favorite flawed heroes and I’ll pick one winner to win a GC from Amazon or Barnes & Noble, reader’s choice!