From Thea: I’m very excited to have friend and fellow author Vivian Arend on my blog today!  Thank you, Viv, for stopping by to visit!

Vivian’s giveaway will run until 12 noon, MDT, Friday March 23rd.  Details follow at the end of the post:

When I wrote my first book I threw my characters together then figuratively stepped back to see what would happen next. The setting is real—Granite Lake cabin exists, as do all the other places visited in the Granite Lake and Takhini books. But I pretty much started this writing gig as a pantser, one of the author types who just writes and writes and in the end I find the story. It’s not the right way for some authors to work, but it wasn’t a bad way for me to begin.

And then…IT happened. I had to write the second book. While I could still wing it on parts of the story, I had a few more restrictions to follow. Ie, I had the setting blocked out—same place as book 1, small outside trips allowed, but now I also had a few characters with KNOWN history that had to be kept straight. Anything that had made it to print was locked in.

Simple example—if a character mentions in book 1 they don’t like chocolate, I can’t casually have them sipping hot cocoa by the fire in book 2. Those kind of details I can make a list of at some point—I just want to be consistent. Discovering the heroine had dyed her hair green at one point to annoy her mother—that’s a fun part of pantsing.

More difficult arises when what I like to call the “Holy Moly What Was I Thinking?” throwaway line disaster occurs. These are the things that either seemed like a good idea at the time…(and if I had a penny for every time I’ve done something that seemed like a good thing…sheesh) or the things I didn’t even know would end up being a THING.

Watch this trickle-down effect: That first ever book was WOLF SIGNS. The heroine is deaf, and she’s totally unaware of the existence of werewolves. The hero and his kid brother TJ have surprised her by showing up at the remote cabin where she’s vacationing. It’s a public place, but this isn’t a typical first time meeting, exasperated by their communication problems and the fact the hero has recognized her as a fellow shape-shifter. 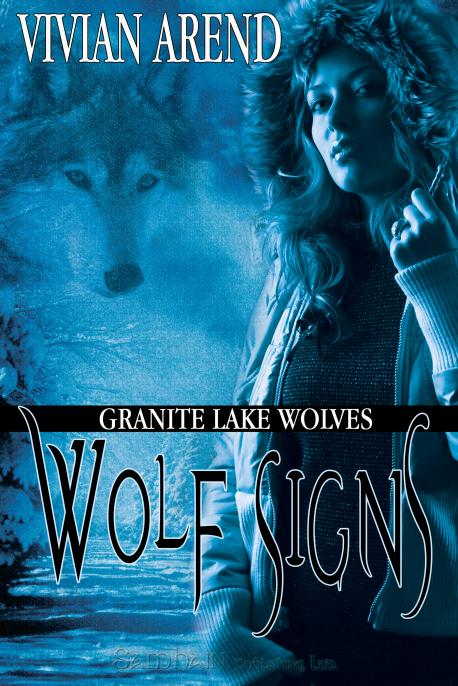 Robyn spotted the notepad and pencil she’d left out earlier. She tapped it and motioned for him to sit beside her.

You talk and I’ll write. You need to make sure I see your face.

Robyn interrupted him by waving a hand in the air and starting to write. It was an accident. I couldn’t hear you and I wasn’t paying attention. Tell TJ I’m sorry I pulled my knife on him.

Keil rotated around to face his brother. Robyn watched as TJ drew up a chair opposite her and held out his hand. “Nice to meet you, Robyn,” he said drawing out his words in an exaggerated manner.

Oh goodie. TJ was an idiot. Robyn glared at him and shook his hand hard enough to make him pull back in surprise. She grabbed the pad.

I’m deaf, not stupid. Don’t talk weird for my sake. She flipped the pad around to let him read it while she took another drink.

This was the hard way to get to know people. It was much easier when her brother Tad was along, because she could talk to him and he’d pass on messages and it would end up feeling natural and not this ridiculous slow process. She sighed and grabbed the pad back. Keil laid a soft hand on her arm to get her attention and a curious sensation raced through her body.

Heat slid from his hand to her arm, tickling, tingling. What was that all about? She looked down at his hand and felt the warmth still radiating, small bursts of electricity racing up her arm and making the hair on the back of her neck stand up. He gave a slight squeeze to get her attention and she glanced up at his face.

She pulled back in confusion and shrugged.

“Robyn, you said you live in Whitehorse. Are you Takhini or Miles Canyon pack?”

Here it was again. What was he talking about? It was too bad he seemed to be slightly crazy because he was the hottest thing on two legs she’d ever seen.

She hoped he was fun crazy and not kill-people-in-the-middle-of-the-night crazy. Writing a short note she tossed the pad toward him as she got up from the table. Putting on her coat, she took a final quick glance his direction before heading outside for a breath of air.

Yup, he was hot. Out of his mind, but very easy on the eyes. Smelt yummy too. She ignored the strange throbbing sensation in her limbs and forced herself to walk outside.

As the door closed behind her, Keil pulled the pad nearer and read it out loud to TJ.

“Takhini is a hot spring. Miles Canyon is where I canoe. A pack is what I carry my gear in. I don’t know what you’re talking about. I’m getting ready for bed. The sauna has coals if you want it. I will talk to you tomorrow. Good night.”

“Why would she have any reason to pretend? I don’t understand. She’s full-blood wolf from what I smell.”

Keil drummed his fingers on the table. She not only smelt like wolf, but another scent flowed from her that tickled the back of his brain and went straight to his cock.

The scent of his mate.

Most of that scene was an attempt by me to set up a cute response from the heroine that would show a little bit about the real world of the Canadian Yukon territory. Whitehorse is the largest city, with Takhini hotsprings just on the north city limits, and Miles Canyon on the south. Keil asking which pack she belonged to means—drum roll, please—there are two packs right on top of each other.

But after WOLF SIGNS went to print I realized that most werewolves are very territorial and there’s no WAY two packs would share a city like that. Not very willingly. One sentence, and suddenly I have a history problem on my hands.

Which means when I start the Takhini Wolves series, which is set in Whitehorse, I have the unification of the two packs as an overall theme. I have past bad blood between the packs to make them split (which shows up in Granite Lake books in characters leaving the city and moving to new locations) plus I have to remember the pack dynamics would be known in the entire north…and every book I write in the series adds more levels of information.

I need a spreadsheet to write down notes so I don’t forget!

If it seems like keeping track of and finding and organizing all those details is a complicated thing, it really isn’t. Because it’s my job to do the work. If I do it right, what you as a reader will notice is that the story flows. That you enjoy the conversations and action. That there’s nothing to jar you from the adventure or from enjoying seeing the characters fall in love happening before you.

So now, whether I write paranormal or contemporary romance, I’m far more aware of how what I say in one book will continue to impact the rest of my world. Good thing I think getting it right is a lot of fun.

Vivian Arend is a New York Times and USA Today bestselling author with red-hot contemporaries and light-hearted paranormal series. She often takes off gallivanting around the globe for months at a time, but you can track her down a few places—

If you’d like to try the first book in one of my series, leave a comment with your choice for a chance to win. Do you notice world building details? Especially in series? And the first books you can choose from are: